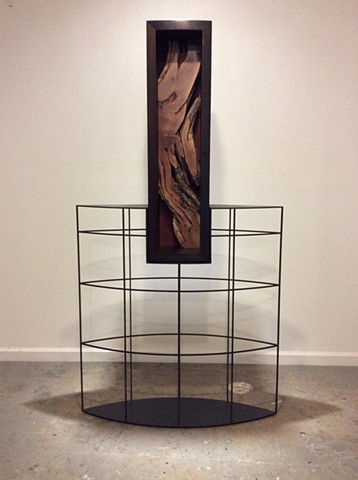 Homage to a King is a shrine to Cecil, a 13-year-old lion, who was lured out of the Hwange National Park sanctuary in Zimbabwe in 2015. Following the scent of a dead antelope placed by hunters who wanted him to cross into unprotected territory, he was killed by Dr. Walter J. Palmer, an American hunter known for killing big game with a bow and arrow and was sought on poaching charges.

Cecil, well known to those who visited the park in western Zimbabwe for his jet-black mane, was beheaded, according to conservation officials. His corpse was left to rot in the sun.