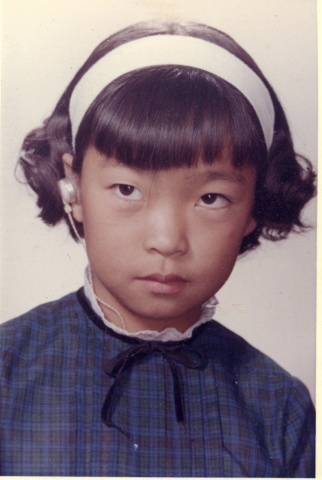 Often I get these questionnaires - most are legitimate questions, some are more specific, but I admit it gets tiring to repeat or even remember the answers to some of these! So I have created an FAQ page.

1) Throughout your career what ethnicities have you influenced you most and why?

Most recently my own ethnic heritage, or Japanese and Asian heritage inspires the themes of my work, mostly because of my own personal history and its distant connection to it. But over the years I have been inspired by African, Native American, and some European work.

2. How much does your own ethnic heritage influence your work?

In the past ten years almost all of my work has been inspired directly or indirectly by my ethnic heritage. Growing up in San Jacinto (a farming community in Riverside County) and Chula Vista, I was oblivious to all things Japanese, despite some of the Japanese food we ate, and the few Japanese objects my mother had around the house, such as the Ninyo doll cases. It was difficult at times being a minority in such a small town. In recent years I have become more curious about my heritage and family history. Going to Japan for the first time yielded an interesting experience of realizing that I couldn't fit in that society either.

3. Most of your current work has a heavy Asian influence, do you draw upon traditional construction techniques when making your pieces or does it primarily influence your subject matter?

Only with a few pieces, if you would count sliding doors as an Asian influence, and with the TeaHouse, which has some traditional references to the real thing. As far as the complex joinery usually associated with Japanese carpentry, that goes way beyond my comprehension.

4. Your Kanzashi wall hangings and Vanity reference objects associated with women, why did you chose these objects?

In the context of your question, I suppose most of my work is associated with women in that they refer indirectly to objects used by women (ie kanzashi, meaning “combs” as used by geisha) and furniture designed specifically for women, or pictorial works that are about women. Being a woman myself and having a personal attraction to those kinds of objects has a lot to do with that predisposition as well.

5. What inspired your current work?

The current work is inspired by the Asian themes but with contemporary issues or ideas. The outward appearance may be Asian but the content refers to the contemporary aspects of Japan or China. The “Inspired by China” Vanity was inspired by traditional Chinese furniture but the video that is embedded speaks of the application of makeup, appearance and reality. The video was inspired by my high school days in the 60s when it was preferable to have big round eyes (blue is nice too) - all of the Asian american students at the school would apply makeup to make their eyes appear bigger and to de-accentuate the slanted almond shapes. Nowadays it seems that its very hip or cool to be asian.

There are all these preconceived notions or stereotypes about Asian women being demure, sexy, sly, shy quiet, domineering, etc etc. All the same we are just as different from each other as our non-asian counterparts.

6. What experiences in your own life are directly reflected in your work?

Subconsciously nothing in my own life is directly addressed in my own work except for a few pieces - “King of the Monsters” was a cabinet using the Godzilla figurine as the display within a dioramic glass case. The first time I ever saw Asians in a movie was in the Godzilla movies that my dad used to take us to at the Big Sky drive-in near our house. The screaming woman sticks in my mind. And one other piece addresses generally the internment of Japanese Americans in California and my family was affected by that period – its a very uncomfortable piece of history for me to broach.

7. What other artists/movements have you been inspired and influenced by?

8. What is the message you want viewers to take away from your work?

Hmm I never thought about this but perhaps it might give them some perception of what Asian culture is or the myth and mystery that surrounds it. But hopefully they will take away some perspective of what I am coming from and how I am, and will continue to be, completely mystified by the Asian culture, as an Asian person.

9. What do you believe is the difference between folk art and craft?

Folk Art and Craft is indigenous work created by untrained (or self-taught and non-academic) artists/craftsmen, or rather, the origins of the work comes directly from their culture and history. Its unique to their heritage, and passed down over generations. At least that is what I think it is.

10. What is your favorite piece/ piece your are most proud of and why?

Of mine? I think the latest Vanity is a really important one for me in terms of capturing the form of a piece of furniture in a traditional context but using a video that encapsulates a personal experience.

11. Who are some other craft artists you would consider "Ethnic Artists"?

Hmm Craft artists? I have to think about that one. I think Cheryl Riley (http://www.cherylrriley.com/) and Fo Wilson (http://fowilson.com/index.htm) have addressed their African American culture quite well with their furniture. David Clemons does wonderful work in metal. Thomas Huang has also been making furniture using bamboo, and some of them have referenced his Chinese history. Roger Shimamura's paintings definitely have addressed the sensitive issue of the Japanese Internment camp experience. I am sure there are many more that I can't think of right now.