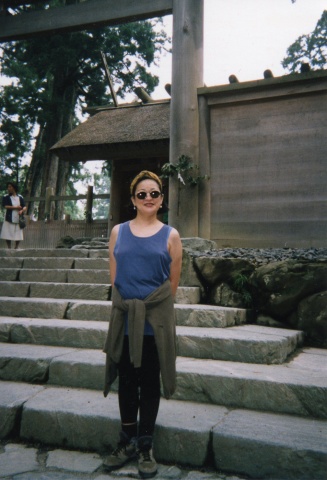 These are the MOST Frequently Asked Questions:

Where did you grow up? Is there any history of woodworking in your family?

*I was born in La Junta Colorado, its not even on the map, I believe - then moved to Hemet/San Jacinto in Calif soon after, lived there until I was eight - then moved to San Diego County, grew up through college in Chula Vista, a border town in San Diego.

No woodworkers in my family. In the early days my parents were farmers, as were my paternal grandparents.*

Do you remember the first time you ever worked with wood? At what age and what were you doing?

Specifically, the first time I worked in wood was 6th grade camp - we had to find a piece of wood in the forest and then sand and polish it up. it was kind of stupid, really. but I remember how amazed I was at the transformation when I put the oil on that branch. Then at that same camp there was a relay race and one of the things we had to do was drive a nail in a large stump. I learned it was faster to drive the nail into the outer rings of the tree and not the center, where the wood was harder.

How did you get into woodworking? When did you first have an inkling you wanted to pursue woodworking and furniture design?

I decided after high school (1970) l that I would major in Craft. I took a crafts class in Jr. College and one of the projects was an assignment to make something out of wood. Most folks chose to make bowls, pot pipes, cutting boards, etc. I chose to make a three legged stool with a leather seat. When I transferred to SDSU for undergraduate school, I enrolled in Larry Hunter's furniture class and was hooked ever since. It was a revelation for me to discover at that time that working in wood was not men's work after all. And as I took more classes, I realized that making furniture, not woodworking, was a primary interest for me. I was not a tool weenie or into wood grains and cutting joints but I loved the idea of making furniture that was an art form rather than just pretty wood stuff.

Any time(s) during your education stick in your mind as being significant in shaping your future? Who has - from your college days to the present - had a strong influence on your work and career? If anyone, who, why and how.

Tommy Simpson's book very first book "Fantasy Furniture" which came out in 1968 or so, inspired me tremendously. My first teachers, Larry Hunter, Alphonse Mattia, and Jere Osgood also helped to shape my direction. In the early '70s, Jack Rogers Hopkins was also an inspiration to me, in addition to Wendell Castle. Arline Fisch, who was my first metals teacher, was also a role model for me, I admired her aspirations and successes and as a woman role model, that was very important for me.

It looks like you went to school for a long time....

YES, I was a professional student and in fact I don't believe I have ever left the academic environment except for times when I was on a residency program abroad or a sabbatical. At the time, it was a necessary evil - after completing a BA program, one only begins to get the notion of working in the studio and feeling somewhat safe, confident. In 1975, the differences between West Coast woodworking and East Coast woodworking was vast - and until then there were not any publications like Fine Woodworking or Woodwork Magazine to bridge those technical gaps. I realized after finishing at SDSU, there was a lot more to learn, I didn't even know what a mortise and tenon was, nor did I know how to cut a dovetail. So I decided to enroll at Boston University's Program in Artisanry and studied with Alphonse Mattia and Jere Osgood. Only after two years there was I even ready to start my MFA work - at which point I decided to go to Rochester Institute of Technology's School for American Craftsmen, and studied with Bill Keyser and Doug Sigler. I would not do it any other way, I was fortunate to study with so many great people, and to be fellow students with even more great people.

So how does a little girl like you make such big pieces? yes someone actually asked me that question

Well. Generally, with some of the large case pieces, most of them are made in sections and are then assembled at the end. But most of the time if I have to, I will ask for help lifting something if needed. Nowadays, if some guy at the lumberyard wants to load my car with wood, I am happy to oblige. I used to insist on doing it myself. But what the hell - I'm paying this guy.

So what does your family think of your chosen profession?

At first, I think they thought I was insane. I remember many nights on the phone convincing Dad that I was going to be making a living doing this, you just wait, yessiree I am making a name for myself, I am putting the Maruyama name on the map... by the way can I have a check for $200? I need to buy some more wood."